Transactions in Urban Data, Science, and Technology is an interdisciplinary, international, peer-reviewed journal. It seeks to publish innovative research in urban analytics on the new science of cities and the science of new cities with a focus on China.  The journal is a space for the analysis of Chinese cities and the study of Chinese urbanization, in local and in comparative context.

It focuses on - but is not limited to - topics like: smart city/infrastructure, future cities driven by disruptive technologies, urban modelling, planning/design support systems, big data and related analytics using emerging technologies, artificial intelligence, the internet of things, wearable devices, and applications in urban studies and planning. Research from the building scale to the international scale is welcomed.

Abstract: World population has grown dramatically since the Industrial Revolution began 250 years ago. Cities are key elements in this growth, but by 2100, we will all be living in cities of one size or another. Here we speculate what this world will look like. First, the Industrial Revolution represents a clean break from a past composed of hardly any cities to one which is completely dominated by cities. Second, cities will continue to change qualitatively as they get larger but size limits will emerge. Third, cities will no longer be classified by their size but by their internal dynamics.

Abstract: The author reveals three current approaches to build Smart Cities, i.e., technology-oriented, showcase-oriented and demand-oriented, and analyzes the causes, advantages, shortcoming and influences of the three approaches. In the conclusion, a composite approach with the demand approach as its core is advocated, which returns to the demands of the city that supports problem-solving, innovation, intelligent governance, economic development and regional synergy.

Title: Mobility as a Service and urban infrastructure: From concept to practice

Abstract: The debate about how Mobility as a Service (MaaS) will revolutionize individual and collective mobility is gaining increasing attention from researchers, industries, and public sectors. MaaS is expected to create a techno-utopia with a new organization and operation of transport systems where residents have equal access to instant and ubiquitous mobility services. However, transport service is an artifact that is highly dependent on the construction of urban infrastructure. The success of MaaS requires the support of urban infrastructure that we categorize as (1) transport-flow infrastructure, (2) information-flow infrastructure, and (3) computing-flow infrastructure. The connotation of urban infrastructure here includes not only conventional concepts, such as transportation infrastructure, but also intelligent transportation concepts, such as high-speed communication networks and autonomous fleets. Moreover, travel behavior data collected by city sensors, communication networks, and intelligent vehicles require appropriate infrastructures to dynamically compute for fleet dispatch and demand-supply match. Based on the degree of integration of these infrastructures, MaaS projects will have different results in varying cities. From concept to practice, given that a vast disparity in infrastructure exists between cities, we need an inclusive, mobile, and global understanding of the MaaS concept to make it successful in different parts of the world.

Title: On the feasibility of using canals for waste collection in Amsterdam

Abstract: Amsterdam, a growing city of over 800,000 people in the Netherlands, is struggling to collect waste. While residents in most districts of the city use underground bins to deposit their garbage, the historic Centrum district continues to rely on curbside collection. As such, the streets around the UNESCO-World-Heritage canals are lined with garbage bags as trash trucks rumble down roads centuries old and ill-fitted for vehicles of such size. This paper assesses the viability of moving Centrum trash collection to the canals with a fleet of tug boats and floating dumpsters. It does so by using a combination of GIS tools and integer programming to determine the quantity and optimal collection locations while ensuring that an average Centrum resident walks no farther than denizens of the other Amsterdam districts. Additionally, it proposes a schedule for emptying floating dumpsters based on one comparable to the current truck system. The results of this paper suggest that mobile trash collection using the canals is a viable solution that could reduce noise, pollution, and congestion, thus improving the quality of Amsterdam’s historic cityscape.

Share
上一篇:The Report on the Comprehensive Competitiveness of Towns in 2021
下一篇:A new direction of "intelligent planning and urban design" in Southeast University
相关文章 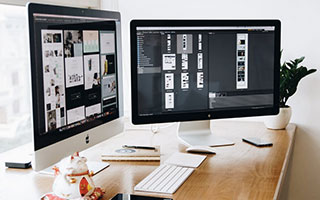