Recently, the Department of housing and urban rural development of Zhejiang Province officially issued the action plan on building a provincial model for high—quality development of housing and urban rural construction and promoting the construction of common prosperity demonstration area (2021—2025).
The plan puts forward the goal of "better life in the city, more yearning in the countryside and more satisfaction in housing". It is planned to make urban and rural housing more livable, urban and rural features more beautiful, urban and rural functions more perfect and construction management more refined by 2025, so as to create a provincial model for high—quality development of Housing Urban and rural construction.
The housing supply and security system was further improved, the housing system of multi—body supply, multi—channel security and simultaneous rent and purchase was basically formed, the supply of urban commercial housing was stable, the supply of affordable housing was effectively increased, the benefit coverage of urban housing security reached 23%, and the landmark achievement of "Zhelian housing" was formed;
The urban and rural style of "overall beauty and Zhejiang temperament" is further highlighted, the construction of beautiful cities, beautiful towns and beautiful villages is integrated, and a number of urban style model areas and county style model areas are created to form a modern version of "Fuchun Mountain Residence map" with Zhejiang flavor and Jiangnan Charm;
The quality of urban and rural functions suitable for living and working, comfort and convenience has been further improved. The urbanization rate of permanent residents has reached 75%, the classification coverage of domestic waste has reached 100%, the coverage of green space service radius of urban parks above the county level has reached 90%, and public services in urban and rural areas are more inclusive and equal;
The basic units of common prosperity modernization have been further consolidated, more than 100 future urban communities and more than 100 new rural communities have been built, and more than 3000 old urban communities have been transformed. The construction standards, models and policy systems of basic units of common prosperity modernization have been fully formed, becoming a common form in Zhejiang Province.

Share
上一篇:How to measure the built-up area of a city
下一篇:How to improve the ecological quality and enhance the urban soft power in Shanghai
相关文章 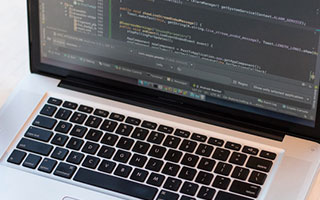